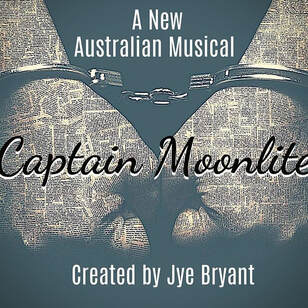 ​The Play:
Written by Jye Bryant
Musical score by Jye Bryant
This is the story of Irish-born, Australian bushranger, Captain Moonlite AKA Andrew ‘George’ Scott who led a ragged bunch of young misfits to stage a siege and shoot out near Gundagai NSW. It is a challenging and moving musical, set in the dark and dirty death cell in Sydney’s Darlinghurst Gaol in 1880.

Important Information:
This musical will include a great deal of physical theatre in the fighting/shoot-out scenes.
This musical will involve the theme of homosexuality as the lead character, George (Moonlite) is in a relationship with the young James.
Auditions in the first instance will be via an online application and sending in a self-tape – Instructions available in the audition pack.
Production Team:
Director – Jacqueline Kerr
Music Director – Matt Lee
Executive Producer - Madeleine Johns
Production Manager - Ashleigh Law
Stage Manager - TBC